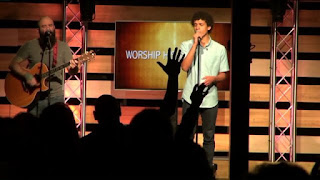 After a lovely experience at the 2nd Presbyterian Church I thought about calling the Church Tour then and there.

I liked all of the churches I had visited and it occurred to me I could visit them all off and on until I decided which one was the best fit for me.

And then my oldest son told me about a church that two of his friends attended.  It was called Parker Hill.  Checking out the website, I realized that it was a Bible based (read evangelical) operation.

A few months ago the idea of going to an evangelical church would have been scary and unappealing but I'd read some very evangelical books in the interim and I was beginning to realize that there was a lot about Bible based Christianity I just didn't know.  So I read a bit more about Parker Hill.

I learned that Parker Hill is non-denominational church with three "campuses" in (and only in) our little corner of the world (Northeast PA). 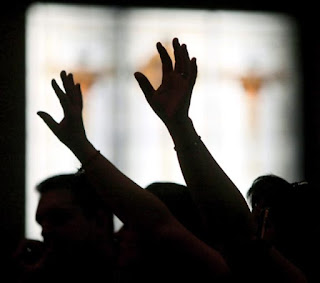 The website was great and the vimeo videos were engaging and well-produced.  There was even an app.  I downloaded it that afternoon.

While I was used to thinking of Bible based churches as conservative, Parker Hill had very progressive vibe.

The Wilkes-Barre / Plains campus of Parker was located in an office / entertainment complex about a 10 minute drive from my house, so the next Sunda, for Church Tour Week 4, I went to Parker Hill.

The space was modern but pleasant.  There were comfortable chairs and multiple screens and a live band that played contemporary (and very good) Christian rock.

The pastor spoke to us from another campus via the miracle of media which might not have worked if the message he shared hadn't been so well thought out.  The topic was Christmas and gift giving and John 3:16 (which I have been studying) and what it means to give and what it means to receive.

I had never thought of John 3:16 as a parallel to human giving.  Now for the first time, I did.

As the service drew to close, I stood in the dark and listened to "10,000 Reasons" and felt something, that thing, that chemistry I'd been wanting to feel since Church Tour week one.

No decision made.  No committment was offered.  It was, I knew, just a beginning.  But I couldn't help thinking that it was a good one.

Thank you for taking the time to comment on this article.
Please know that your feedback is cherished!